Post on : 22 March, 2017
The original city pillar of Vientiane is found in Wat Simuang located in Ban Simuang village along the Setthathirath Road. It was built in the 1956 and is believed to be guarded by the spirit of a local girl called “ Si ” Local legend has it that Nang Si, who was pregnant at the time, leapt to her death as a sacrifice, just as the pillar was being lowered into the hole. A very colorful Phasat Pheung (wax pavilion procession) attracts large crowds to Wat Simuang temple, taking place just two days prior to the That Luang Festival in November. 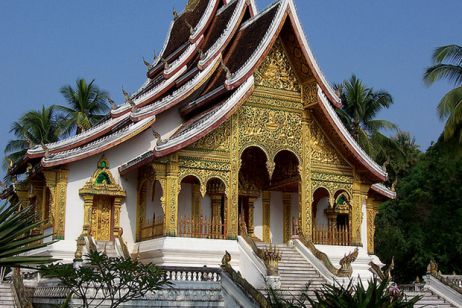