Founded in 1350, the city of Ayuthaya is located in the Chao Phraya River valley in Thailand. It sits on an island surrounded by three rivers connecting it to the Gulf of Siam. King U Thong proclaimed it the capital of his kingdom, the Ayuthaya Kingdom, better known as Siam. Once declared the most magnificent city on earth, the ruins of Ayuthaya are now a major attraction for those visiting Thailand.

As the capital of the Thai Kingdom, Ayuthaya was an impressive site, with three palaces and more than 400 temples. From the 14th to the 18th centuries, the city flourished. By the year 1600, Ayuthaya had a population of approximately 300,000 people, and by 1700, the population reached nearly 1,000,000. The city had a water system that was technologically advanced and unique in the world at that time. Ayuthaya became a center for trade as well as a connecting point between the West and the East.

In 1767, the Burmese attacked and conquered Ayuthaya. The majority of the once magnificent reliquary towers, monasteries, temples and palaces were destroyed during this invasion. However, some structures still stand and tourists are welcome to visit these.

Many of the ancient remains in Ayuthaya lie in the western section of the island, while others are more widespread. One of the most popular sites is Wat Phra Mahathat. Here one will find a sandstone Buddha head entwined with the roots of a Bodhi tree. One of the most important images of the seated Buddha can be found at Wiharn Phra Mongkhon Bophit, and is a highlight for the Buddhists as well as others visiting the site. Thailand’s largest gilded Buddha, known as Phra Buddha Triratana Nayok, is found at Wat Phanan Choeng. It is a nearly 20 feet (6 meter) tall seated Buddha and is one of the most venerated in Thailand.

Today, Ayuthaya is a modern city filled with ancient wonders. It is just 80 km (50 miles) north of Bangkok, and is easily reached by train, bus and van. Although many visitors choose a day trip from Bangkok, one may want to lengthen that time to two or three days in order to have time to enjoy the great number of ruins as well as the local charm and excellent food found in Ayuthaya. 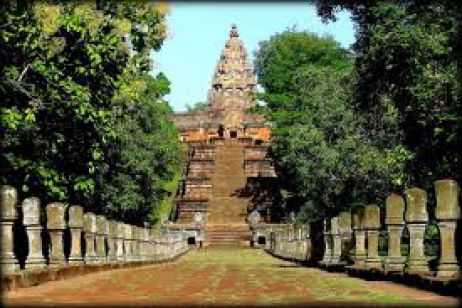 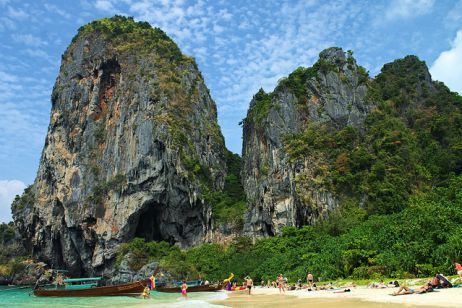 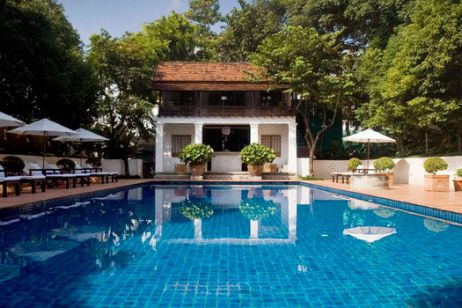 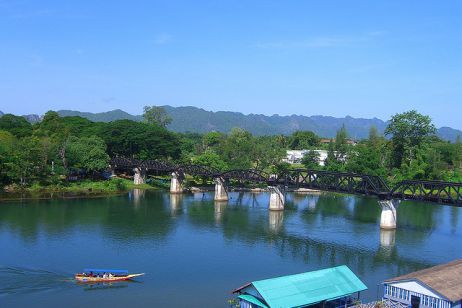 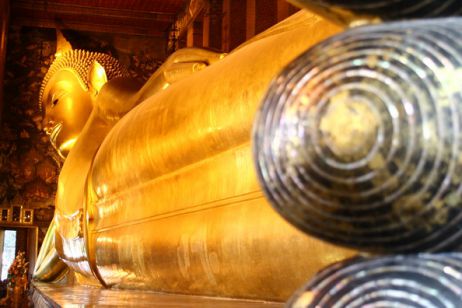