Bangkok, the capital city of Thailand that serves as the political, economical, cultural, culinary and spiritual center and one of the most modern and the biggest city in the country. It is usually associated with traffic congestion, soaring heat and a naughty nightlife, but this is just a small part that overshadows the majestic temples, magnificent palaces, charming canals, enjoyable markets, and lively nightlife.

Before it became the capital of Siam, it was just a small village located on the Chao Phraya River until it was assigned as the capital by the first monarch of the Chakri Dynasty whose descendant still rules Thailand today. Bangkok has so much to offer, that it is easy to spend more than a week and have yet to see everything there is to do as each turn you take shows something interesting and begs for exploration. It is truly a city that intertwines authenticity with the modern world. 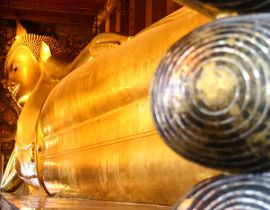 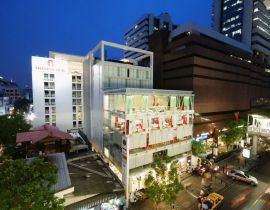 Occupying a prime location next to BTS Chong Nonsi Station, this stylish designer hotel boasts a... 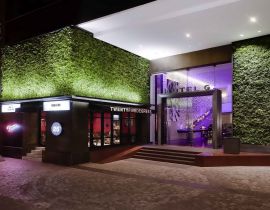 The kingdom of Thailand is a collage of animated scenes that comprise bustling modern cities crowded with motorbikes and tuk-tuks, Buddhist temples tended by orange-robed monks, hill tribes selling handicrafts, lush landscapes dotted with traditional farming villages, ancient ruins and stunning coastlines peppered with gorgeous beaches and blue lagoons. With Laos to the Northeast, Myanmar to the Northwest, Cambodia to the Southeast, and Malaysia and the Gulf of Thailand to the South, Thailand is, next to Myanmar, the largest country in the middle of the Indochina peninsula.

With an estimated 67 million inhabitants and around 62 ethnic communities, Thailand has a lot of different cultures to experience; add Theravada Buddhism and small communities of Muslims and the cultural experience will be complete. However the traditions are not solely due to the religion, but have influences from India, China, Cambodia and the rest of Southeast Asia.

The Thai cuisine is based on five different tastes: sweet, spicy, salty, bitterness and sour. Just like many other Asian countries the staple food is rice, and usually combined with vegetables and/or meat. The combination of the different spices creates a rich flavor; add fresh herbs and a delicious dish will be served.The history of Thailand goes back a long way, with early discoveries in prehistoric times. While the constantly changing empires in Southeast Asia took hold of multiple countries, there is one empire that stands out of the rest for Thailand, the Kingdom of Ayutthaya, which was the most prosperous around the 14th century. Many structures of this era still exists and are a must see when visiting this beautiful country.

Thailand has a tropical climate with annual mean temperatures of 28 degrees Celsius and has three distinct seasons; the hot season from March to May, the cool season from November till February, and the rain season from June to October. There are monsoons in Thailand that can bring rain year round. The best way to travel depends on your desired temperatures, but overall it will be quite warm in Thailand.

Dear friends! We have just been notified by InfoHub.com, the #1 travel portal on the Internet specialized in the out-of-ordinary adventures, that our 12-Day Thailand Adventure Holiday​ has been nominated as their Unordinary Trip of the Month​!!! This is indeed an exciting trip that features diverse...