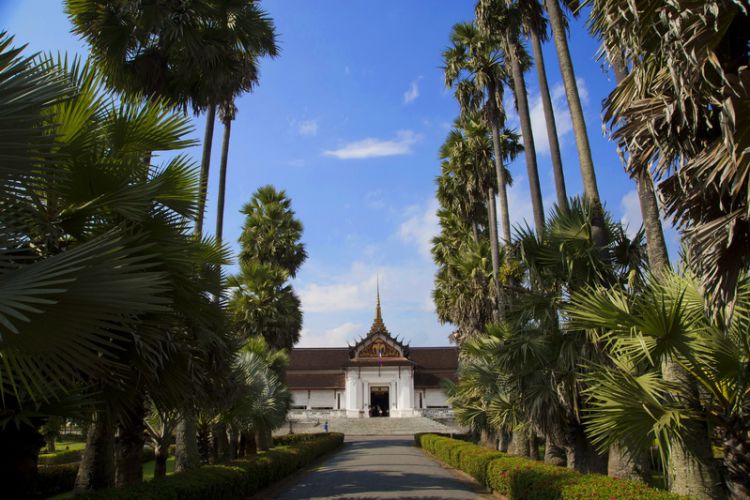 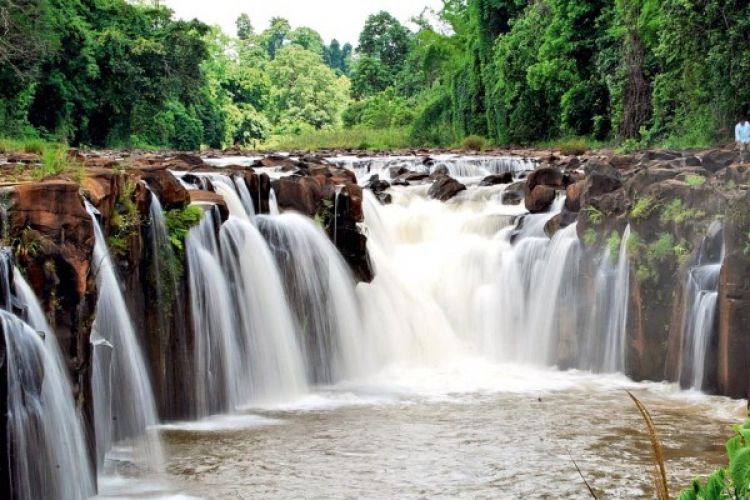 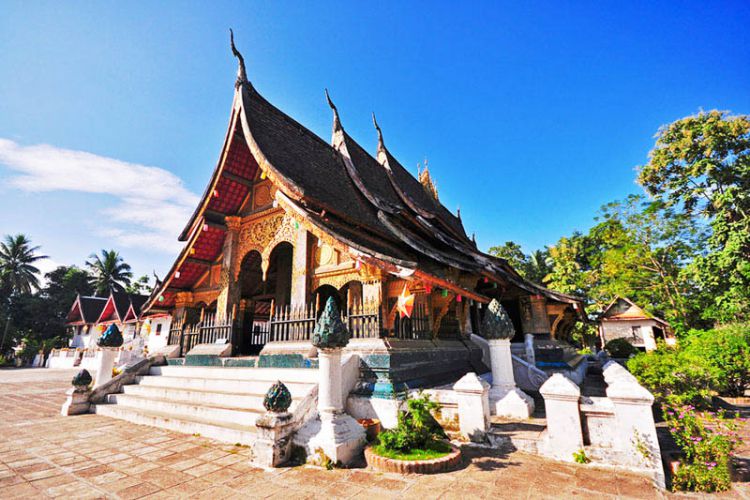 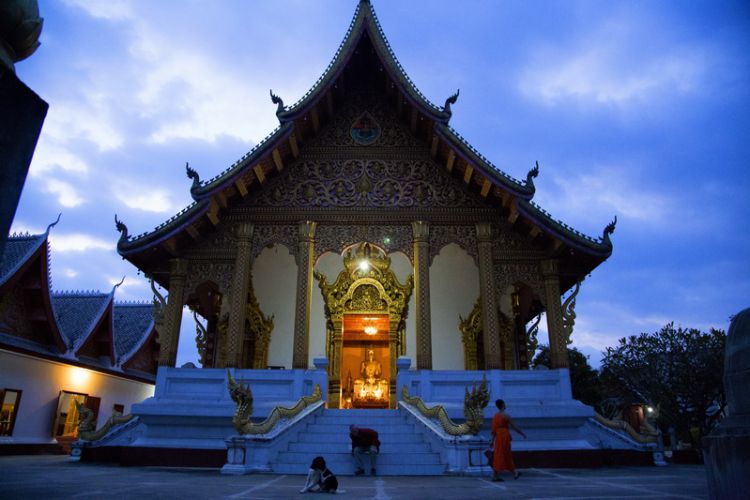 Luang Prabang is perhaps the best-preserved traditional city in Southeast Asia. The tranquillity and charm of this UNESCO world heritage town with its splendid natural scenery and cultural sights makes it one of the most delightful places to visit in Laos.

On arrival at the airport are welcomed and transferred to the hotel, after check into the hotel we continue time permitting to climb the 328 steps to the top of Mount Phousi to take in the beautiful sunset over this town and the Mekong River

In the evening explore the Street Night Bazaar, where you can find the lovely collection and handmade textiles by local and hill tribe people surrounding Luang Prabang. For late arrivals this can be done on the following day This morning you may want to wake up early and participate in the daily early morning ritual of saffron-clad monks with their black Alms-giving bowls being given offerings from the local people, including the ubiquitous sticky rice

After breakfast early morning we’ll take you on an amazing long tail boat journey along the Nam-Ou & Mekong Rivers , through the beautiful Laotian countryside all the way to Luang Prabang, passing by the local villages and seeing the real everyday life of the villagers going about their chores including fishing, trading & washing along the rivers on our 5 hour journey. We’ll stop on the way to see the fascinating Pak Ou caves, which in fact are a cave system of two interlinked caves, crammed full of Buddha statues left behind by pilgrims over generations and then we’ll observe the traditional process of rice wine distillation in Ban Sanghai, before returning to Luang Prabang

After lunch we continue to Khuang Si Waterfall and Bear Rescue Center, about 30mins from Luang Prabang, the waterfall is set in a natural jungle setting and you will have plenty of time to relax or swim in it’s turquoise cool pools. Return to Luang Prabang and free at your leisure

08:30 Today’s tour through the historical and UNESCO world heritage city of Luang Prabang will give you insight into the culture and rich history of the magical city. Luang Prabang has a fascinating history with a delightful mix of Buddhist temples and French Colonial buildings.

Our first stop is Wat Visoun: a replica of an older Temple, which was erected in the same place back in 1513. Wat Visoun houses numerous religious art treasures. Next we head to Wat Xieng Thong a royal Wat built on the banks of the Mekong River in 1559. Wat Xieng Thong has remained relatively undamaged by the various mainly Chinese invasions over the centuries. The temple is decorated extensively with impressive carving, murals and mosaics.

Visit the Laotian Royal Palace officially known as Haw Kham. The palace was built during the French colonial era for the King and his family. The site was chosen so that official visitors to Luang Prabang could disembark from their river voyages directly at the palace and be received there. In 1975, the monarchy was overthrown and the Palace was converted into a National museum. Today it houses many artefacts, which showcase the richness of Laotian culture. Then continue to enjoy the atmosphere at Wat Mai, built in 1796 and sits at the foot of Mount Phousi.

After lunch visit Ban Phanom, Xang Khong and Xieng Lek villages, which specialize in products made from silk and Saa Paper (from the bark of the Mulberry Tree). There are also 3 magnificent pagodas to be seen (Wat Sang khong, Wat Nong Sai, Wat Xieng Lek), which are amongst the oldest in Luang Prabang. On arrive Pakse airport, we transfer to the pier for our boat trip along the Mekong River from Pakse to the town of Champasak, on arrive Champasak transfer to the hotel after check into the hotel we continue another 12 Km to WatPhou, all in all the journey from Pakse should take around an hour. The Natural Heritage Site of Wat Phu was built in the 6th century by the Khmer kingdom and was originally used to worship the Hindu god Shiva and other deities before being converted into a Buddhist temple. WatPhou was considered the centre of the Khmer kingdom until it was moved to Angkor Wat in the 12th century, after visiting WatPhou return to Champasak where you will spend the night

After breakfast departure from Champasak we cross Mekong to Ban Muang and head to the south Hadxai Khoun from here we enjoy a boat ride through the 4000 Islands to the Island. Passing Don Som and Don Det passing the old French Ferry terminal to the Railway Bridge which you will cross to arrive at Don Khone, stop at Don Khone and spend the night in a bungalow overlooking the Mekong and the French Bridge. After check into our Bungalow we continue to visit Liphi waterfall by Tuk Tuk after Ljphi waterfall we heading to the southern tip of Don Khone known as Hang Khone here you will take a boat to see the Irrawaddy dolphins after we returning to our Bungalow free at your leisure 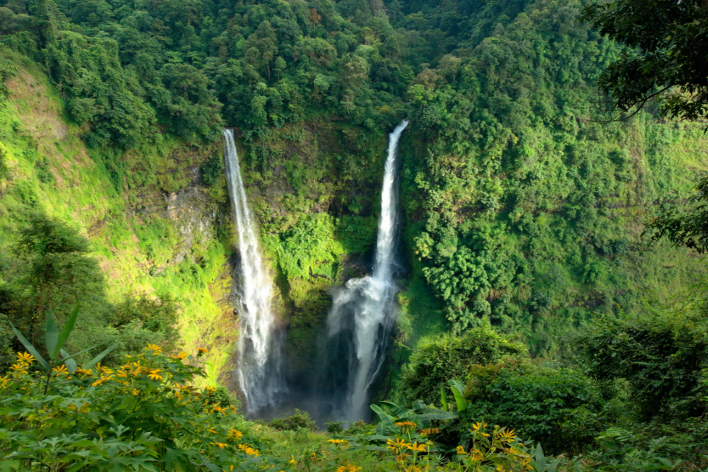 After breakfast we depart from Don Khone we cross to mainland Ban Nakasang, and we continue drive to the south the Mekong's largest waterfall, Khon Phapheng. This is part of the Mekong fault line which stretches across the entire Mekong River and has been formed by the river eroding the softer rock downstream. After waterfall we drive to Bolaven area of Volcanic Rock makes for suburb tea and coffee plantations which thrive on the rich soil and the cooler climate. Visit tea and coffee plantations and learn about their processing before carrying on to Tad Fane Waterfall. Tad Fane waterfall sits at an elevation of 1100m and has two stunning cascades dropping 120m off the edge of the plateau. A further 2km from Tad Fane which makes for a pleasant walk or drive through the coffee plantations is Tad Yuang Waterfall which makes a great spot for a swim or a photo. Head back across the plateau to see Tad Paxuam where you can learn about the different ethnic tribes that live on the plateau.

Why book with us?

What Our Guests Say

Dear Hue, Dinh Pirchi group just ending their tour now. They sent me compliments which I should share with you. The tour was excellent,...
Comments from our agent, Israel

We would like to commend the efficiency and thought fullness of all concerned with our tour. The guides and drivers were always there when they...
Mr. George Doskow, United States
We have an enjoyable trip to Vietnam with perfect arrangement of transportation, hotel recommends and a really wonderful tour guide Dai very good...
Mr. Blum David, Israel

We had a fabulous tour guide Thang, his knowledge, English and manner were terrific. We felt very lucky to have him as our our tour guide....
Mr. Lee Goldman, United States 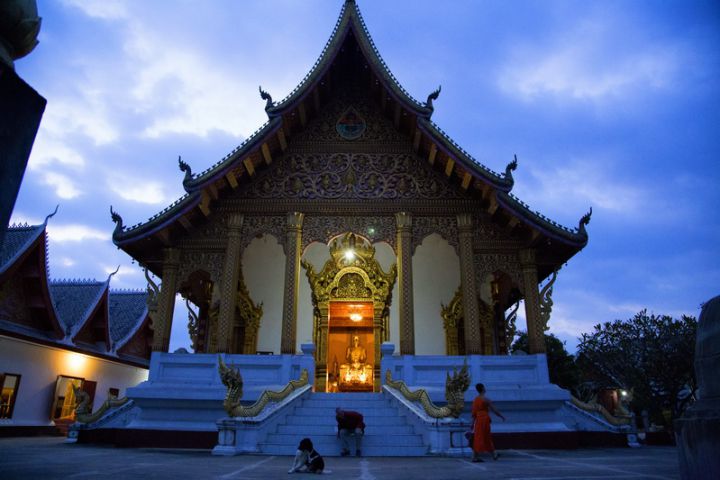