Within Thua Thien Hue province in Central Vietnam with beautiful diversified landscapes lies the city of Hue. Once the imperial capital of the country during the Nguyễn Dynasty, where it flourished and housed many impressive architectural works such as the Hue Citadel that lies on the banks of the Perfume River, and within its perimeters other works like the Forbidden Purple City and Palace of Longevity.

Following the river westwards from the Citadel you will find the Thien Mu Pagoda, which is the symbol of the city and the royal tombs, the final resting place of several emperors. Outside of Hue, a visit to some ancient villages are definitely worth a visit to experience the old traditions, local culture and architecture.

But in 1968 during the Tet Offensive the city suffered immeasurable damage, both physical and immaterial. However, a thorough rebuild is currently taking place to bring back its old glory. 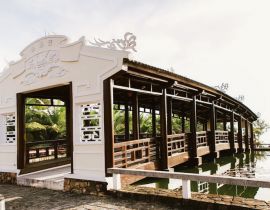 Inspired by incomparable healing qualities of Alba natural hot spring, which was discovered... 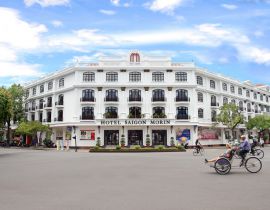 Built in 1901 by the French businessmen, Mr. Bogarde, the hotel was the first one in Central... 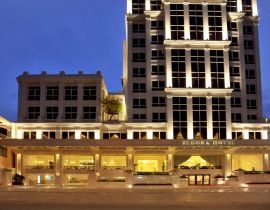 Eldora is the best 4 star boutique hotel which embodies the very essence of colonial elegance... 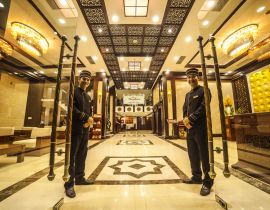 The Moonlight Hotel is conveniently located in the heart of Hue City’s Downtown, within... 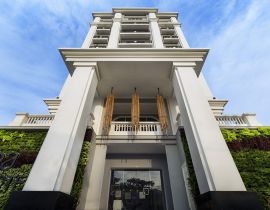 Located in the heart of the historic city of Hue, Alba Spa Hotel is a tranquil sanctuary for the... 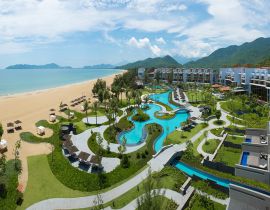 Welcome to Angsana Lang Co, a retreat of unsurpassed natural splendor and beauty in Central... 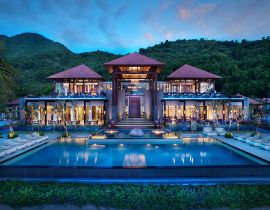 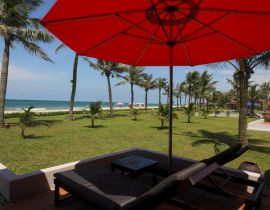 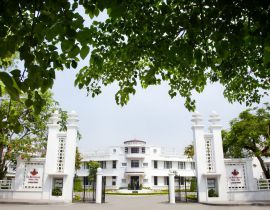 Step back in time. Indulge serenity. A member of the MGallery collection of memorable hotels by... 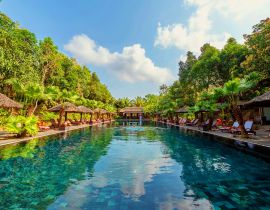 Vedana lagoon resort & spa is nestled on the shore of a peaceful and serene lagoon,...

1. Bun Bo Hue (Hue Signature Beef Noodle Soup) – the soul of Hue City! It is absolutely a must-try dish when visiting Hue. A bowl of Hue Beef Rice Noodles with full topping will have thin...
More